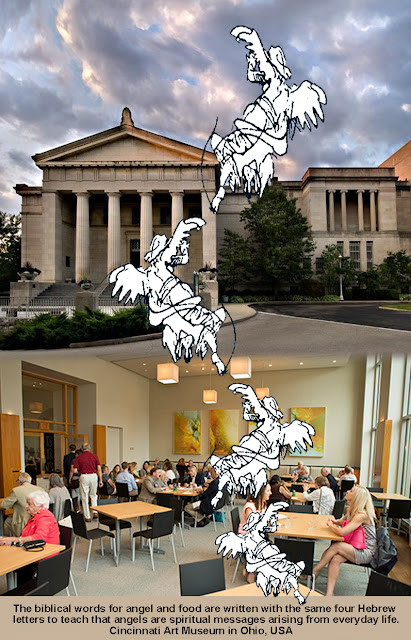 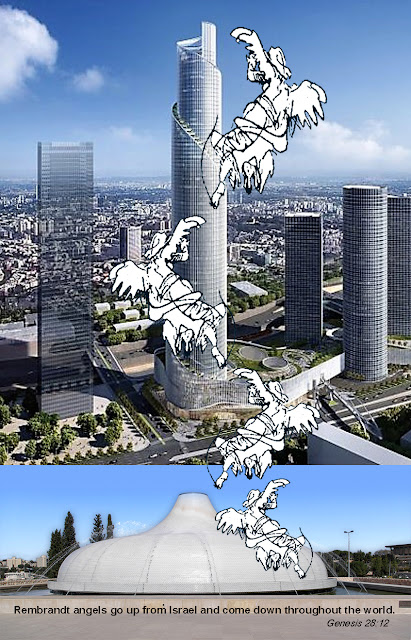 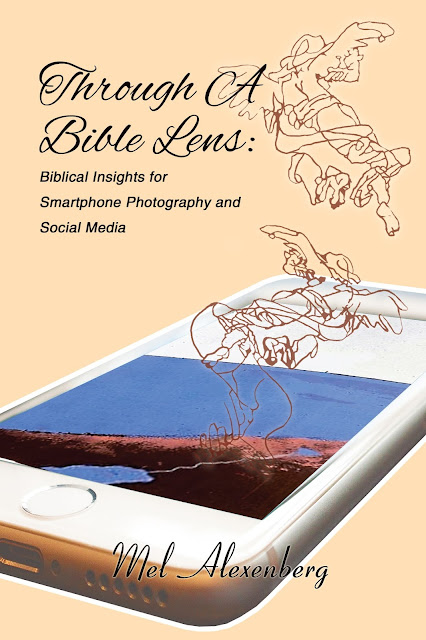 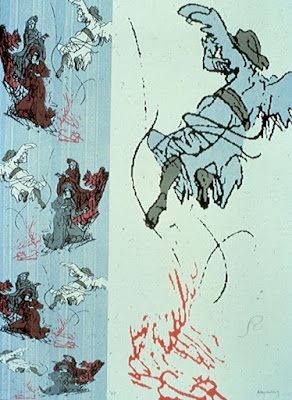 
“He had a vision in a dream. A ladder was standing on the ground, its top reaching up towards heaven as Divine angels were going up and down on it.” (Genesis 28:12)
Angels in Jacob’s dream go up from the Land of Israel and go down throughout the world.

Top image: Rembrandt inspired cyberangels arrive from Israel at the Cincinnati Art Museum in time for lunch.  The biblical words for angel and food are spelled with the same four Hebrew letters to teach that angels are spiritual messages arising from everyday life. Perhaps there is spiritual significance that museums that offer art also offer food.

Third image: Cyberangels spiral up from a NASA satellite image of the Land of Israel on a smartphone screen on Mel Alexenberg’s newest book Through a Bible Lens.  They launch the book throughout the world from the artist/author’s studio in Israel.

Bottom image: Alexenberg’s lithograph “Angel Announcing Birth of Samson to Manoah” that has been in the collection of the Cincinnati Art Museum since 1986.  In tribute to Rembrandt on the 350th year of his death, his digitized angels dormant in the museum’s flat files awaken to adorn the cover of the 2019 book Through a Bible Lens: Biblical Insights for Smartphone Photography and Social Media.  They fly from the book cover to the Shrine of the Book in Jerusalem, Israel, on to Jerusalem, Ohio.

Follow Global Tribute to Rembrandt blog
Posted by Mel Alexenberg at 11:57 AM